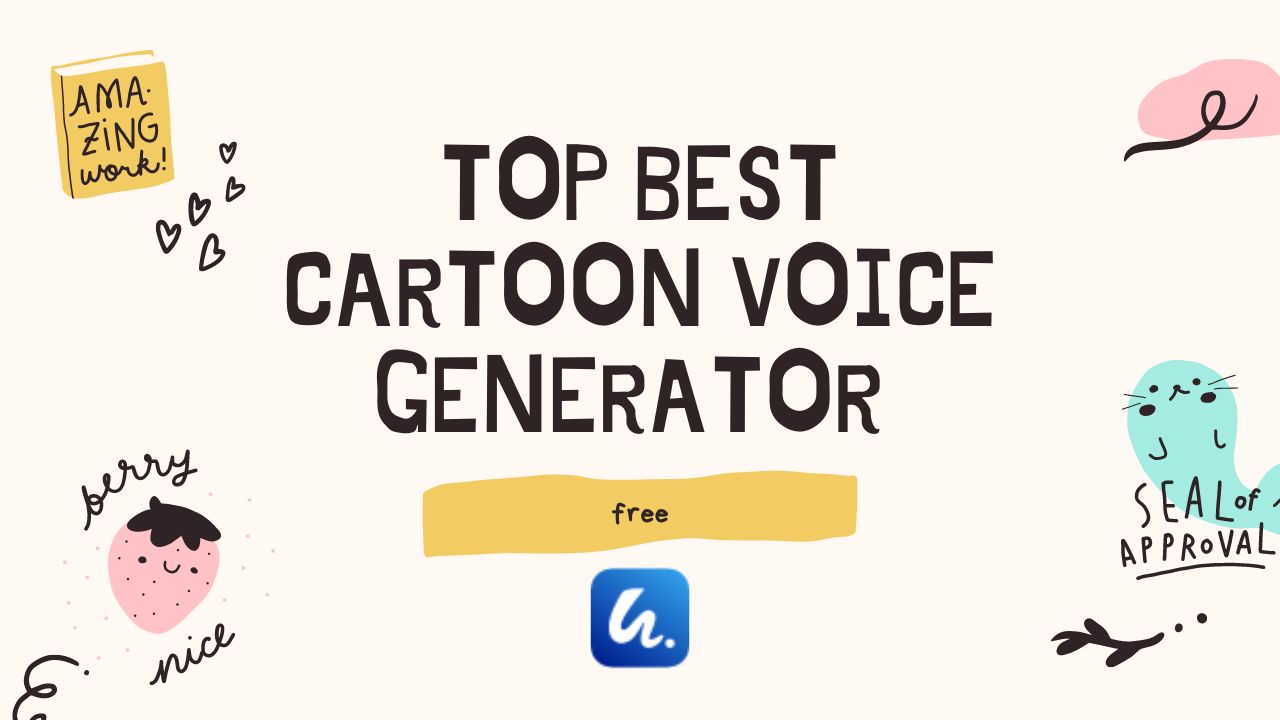 Currently, the entertainment industry is being invested and developed by many businesses and countries. Cartoon is one of the areas that many car investors are interested in, as many children around the world love them.

What is Cartoon Voice Generator?

Cartoons are great products that can help you make a lot of money from other people's views. Editing cartoons is not easy, especially in the stage of dubbing cartoon characters. A cartoon voice generator is a tool to help you have the voice of cartoon characters in a simple and effective way. You can use it for many different characters with different voices.

Why should we use a cartoon voice generator?

Save time and money

‍In the past, to complete an animated film, in addition to spending time and money on script writing, rendering, character shaping, and editing, the producer also spent a lot of money on creating sound and making movies voiceover. It is not easy to voice the characters in the movie. In addition to having to hire voice actors, the producer will have to hire additional sound engineers to adjust the sound accordingly. The recording to sound adjustment and mixing takes a lot of time.

Using cartoon voice generator free also helps you save a lot of money when you don't have to pay any extra fees.

If you create sound in the traditional way, you need to hire a lot of voice actors for many different cartoon characters. However, using a cartoon voice generator, you only need a single website to create as many sounds as you want. AI sound is also more diverse by flexible transformation. Many applications also allow you to adjust the sound efficiently, quickly and economically.

Our list of free cartoon voice generators below will help you make the best and most economical choices!

Fakeyou is a free online site that helps you create effective animated character voices. You don't spend a lot of time creating the special voices of the characters. This website not only has recordings of many famous animated voices but also has many audio editing options to create new AI voices.

Alternatively, you can upload your recorded voiceover to the animated video. Its real voice can really give many people goosebumps because of its realism. Sometimes it may fail to convert from text to speech due to complex sentences. However, after re-editing, it certainly won't let you down. You can format the newly created audio file in .wav or URL to access.

Hei.io is known as an all-in-one video editing tool. It specializes in using AI technology for voiceover video editing, subtitles, and content creation and is one of the best robot voice generators.

You can use various languages ​​to convert text to speech AI. This software provides more than 70 languages ​​with 250 voices, translation and subtitles, background music, and many other attractive features. The conversion process will be done quickly and with 90% accuracy.

Customers can even shoot and dub their own videos of their choice. For animated movies, you can easily set the appropriate character voice using this tool.

Try out Hei free to supercharge your video production.

Dubbing is the process of replacing the voices of the original actors with other voices in post-production. This is often done for foreign films and TV shows that are broadcast in other countries, in order to make them more accessible to local audiences.

In the past year, AI has been applied quite a lot for art creation activities. Among them, the most famous is Uberduck - a tool that allows users to select the voice of a celebrity, then enter text so that the machine can read or sing.

The Uberduck development team said that the tool uses a chatbox to enter text and interacts via WEBRTC to process audio in real time without installing plug-ins or supporting software. The sound is transformed by AI to resemble the voice or rap of a specified artist.

Uberduck quickly became famous on social networks, especially TikTok. Mike Shinoda, a member of the group Linkin Park, also tried and praised the tool. In addition to music, uberduck.ai is also very popularly used in animation. You can customize the voice of the characters and convert the script into dialogue.

One thing I especially love about this tool is that it's completely free and easy to use. If you just need the tool to work at a basic level, you hardly have to pay any extra fees.

The development of modern technology has greatly helped in integrating audio into video. If in the past we had to do it in the traditional way that was time consuming and expensive, now everything has been simplified. Cartoon voice generator free contributes greatly to the process of modernizing the sound. Hopefully, through our sharing, you will find the best choice!