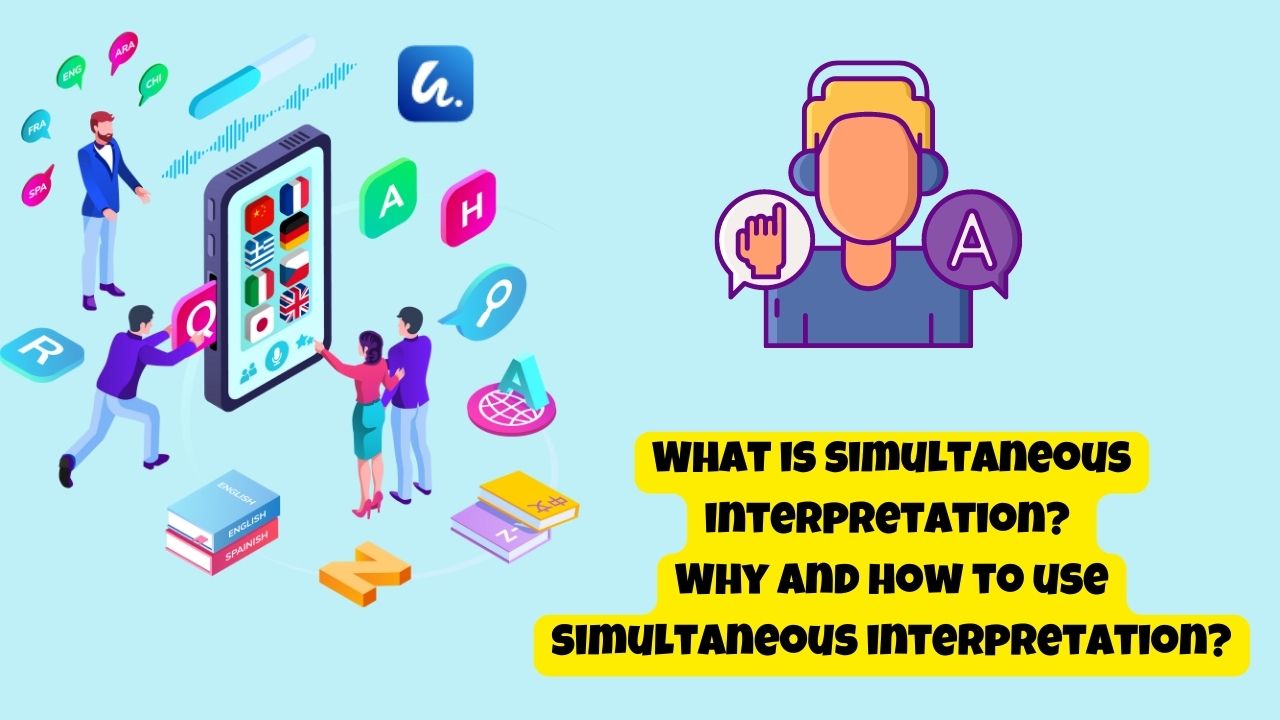 Simultaneous interpretation is the real-time translation of a message from one language to another by an interpreter. In contrast to sequential interpreting, this method ensures that the speaker's natural flow is not interrupted and that the output to the listeners is seamless.

What exactly is simultaneous interpretation?

A translator with good audio abilities can also serve as an interpreter. When a speaker (the client) speaks while the translator/interpreter listens and translates the words into the target language, simultaneous translation is taking place.

Simultaneous translation is more challenging and demanding than conventional translation. As a result, the translator typically works in 30-minute rotating stints. This totals at least 4,500 words throughout the allotted 30 minutes.

The importance of simultaneous conference interpretation

It is crucial to use simultaneous interpreting to overcome linguistic difficulties internationally. Interpreters act as the voice of international conferences, enabling speakers of many languages to communicate regardless of their mother tongue.

Simultaneous interpreting has a number of benefits over other interpreting techniques, including it saves time and ensuring that all participants receive the intended message because interpretation occurs in real-time and without interrupting the speaker's flow; it is more accurate because the interpreter doesn't have to rely as heavily on memory as they would in consecutive interpreting, where they would mostly use notes and memory to reproduce speech; and it guarantees accurate communication.

What is the process for simultaneous interpretation?

The speaker should be understood by the audience as they listen, without pausing to have the speech translated. Simultaneous interpretation, often known as simultaneous translation, is done while the interpreter from conference interpretation services is actively listening to the speaker. Everyone can hear the interpretation through their own headphones by connecting the interpreter's microphone to the transmitter, which then transmits a signal to the individual wireless receivers.

One of the key advantages of simultaneous interpreting is that it maintains the presentation's natural flow. Because time is valuable, this method of interpretation only involves a brief delay before the information is transmitted from the source language to the destination language.

The interpreters are not a part of the group of participants. This suggests that it is possible to translate speech into multiple languages simultaneously. By switching the channel on their headphones, participants select their preferred language.

Specialized tools, such as soundproof cabins, conference headsets, wiring from the booths to the headsets, and microphones, are needed for this kind of interpretation. In the event that the booth is not in the same place as the conference, cameras and tv screens are helpful for giving the interpreters a visual of the speaker.

More than ever, conference interpretation services are modernizing their procedures in a smarter and more effective manner. Hei is one of the top translation agencies that helps break through communication barriers.

1, You are guaranteed to find something that's right for you

5, Save text conversations after meeting

Is simultaneous interpretation possible without a human interpreter?

Simultaneous interpreting is a highly specialized area of interpretation. An interpreter must have knowledge about the subject to be discussed as well as needed training, skills and experience for this job function which requires them enter into an isolation booth with at least one colleague who also has these qualifications in order make sure nothing goes wrong during conversations between two parties that don't know each others language too well . Try Interpreting meetings with AI (With 96% accuracy rate, support more than 70 languages)